Sydney's Dawes Point. Formerly a cemetery, an observatory, a powder magazine and a castellated fort by Francis Greenway. And of course, the superb Dawes Point Battery.
Read More 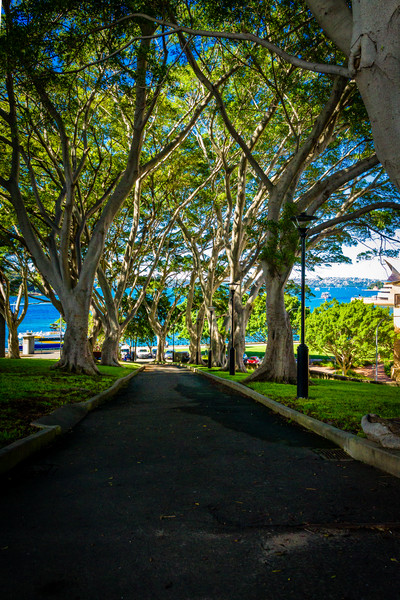 The first area in Sydney to have the original aboriginal name reinstated (after a European one was in place) - Dawes Point (Tar-ra) Park, under the Sydney Harbour Bridge. Formally recognised as a recreational area in 1878, renamed 2002.

The name is for Lieutenant William Dawes (1762-1836), astronomer with the First Fleet. Tar-ra is the original local aboriginal name for the area.

NB : this section is particularly steep, and frequently used as a challenge by local runners.