Formerly home to a number of heavy industries, Darling Harbour was transformed in the 1980s-1990s to the thriving commercial area you see today. 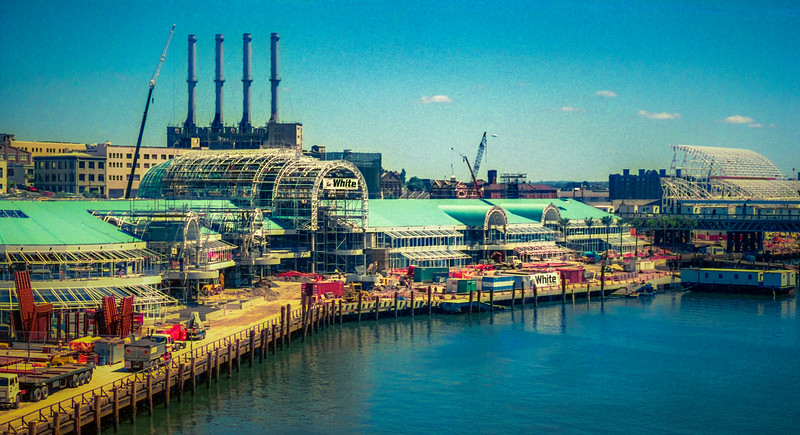 Construction of the 'Habourside' area, and of a section of Monorail. Both were built beside Cockle Bay (originally part of Long Cove), named for the numerous shells discarded here over thousands of years by the Eora people.

Visible are Building 'B' of the former Pyrmont Power Station (the four towers), the Pyrmont Bridge Hotel, the Royal Edward Victualling Yard, construction of the Maritime Museum and the wonderful Pyrmont Bridge.