The third longest river in Scotland (176km), it's been at the heart of Glasgow's shipbuilding industry since 1712.
Read More 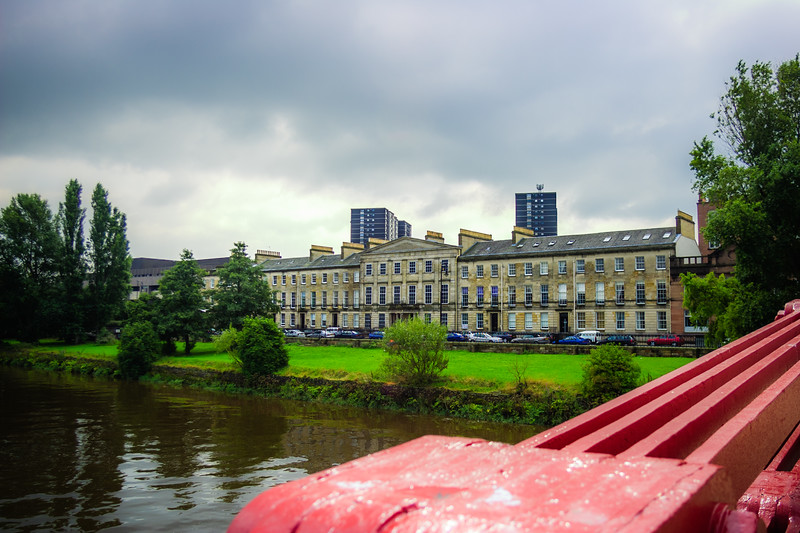 Carlton Place tenements, seen from the South Portland Street Suspension Bridge. Two buildings, each of 375 feet in length, with balconies in the middle and at the ends of their facades. The buildings were designed as a single architectural concept, a first for Glasgow, and were intended as the showpiece of Laurieston, the residential suburb built by the brothers John and David Laurie in the early 1800s. The original architect was Peter Nicholson, and the work was completed by John Baird Snr. Between them is Laurieston House, lived in by the two brothers.